Unemployment rates were lower in October than a year earlier in 281 of the 372 metropolitan areas, higher in 76 areas, and unchanged in 15 areas. Eight areas recorded jobless rates of at least 15.0 percent, while 21 areas registered rates of less than 5.0 percent. 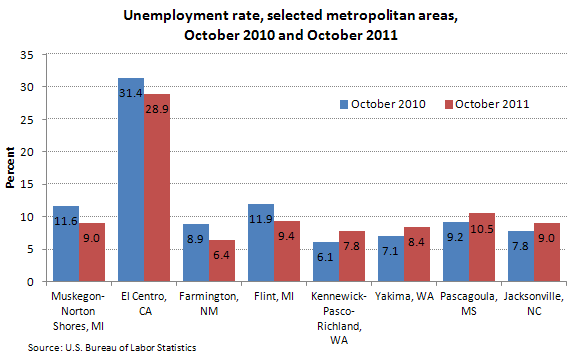 From October 2010 to October 2011, 233 metropolitan areas reported over-the-year increases in nonfarm payroll employment, 133 reported decreases, and 6 had no change. 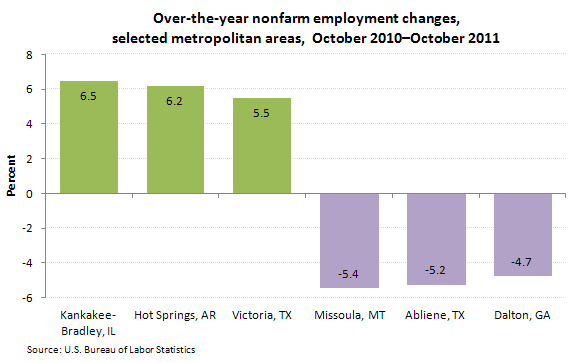