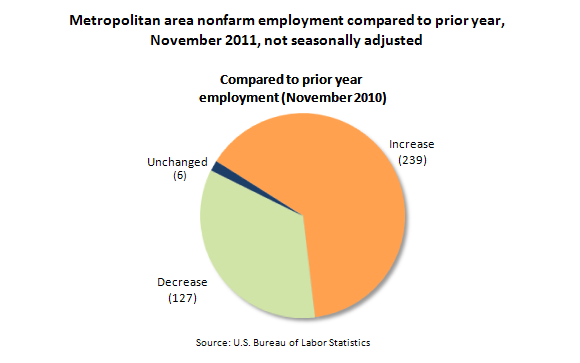 In November 2011, unemployment rates were lower than a year earlier in 351 of the 372 metropolitan areas, higher in 16 areas, and unchanged in 5 areas. 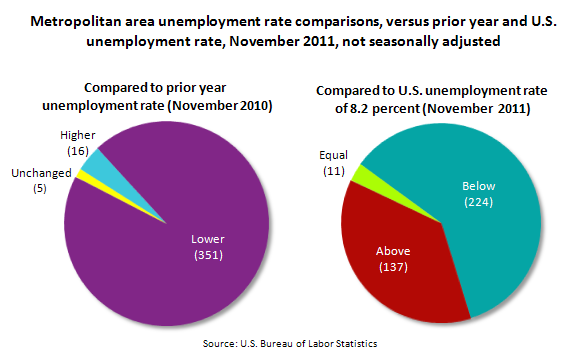 A total of 224 areas recorded November unemployment rates below the U.S. figure of 8.2 percent, 137 areas reported rates above it, and 11 areas had rates equal to that of the nation.

In November, 58 metropolitan areas reported jobless rates of at least 10.0 percent, down from 112 areas a year earlier, while 129 areas posted rates below 7.0 percent, up from 65 areas in November 2010.

El Centro, California, and Yuma, Arizona, recorded the highest unemployment rates in November 2011, 27.2 and 23.7 percent, respectively. The remaining six areas with jobless rates of at least 15.0 percent were located in California.

Bismarck, North Dakota, registered the lowest unemployment rate, 2.8 percent. The areas with the next lowest rates were Fargo, North Dakota-Minnesota, and Lincoln, Nebraska, 3.1 and 3.2 percent, respectively.