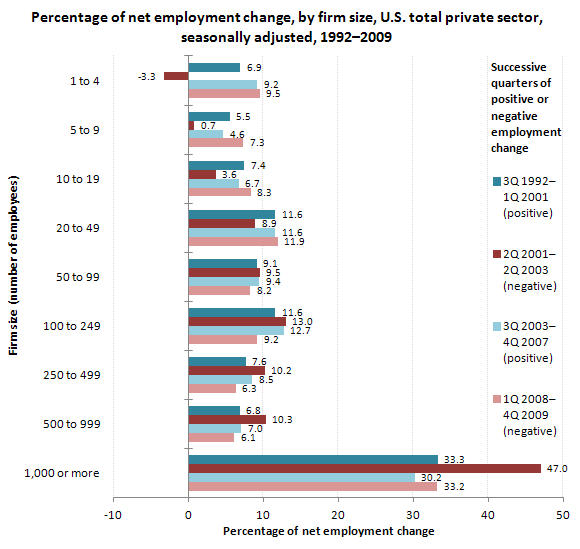 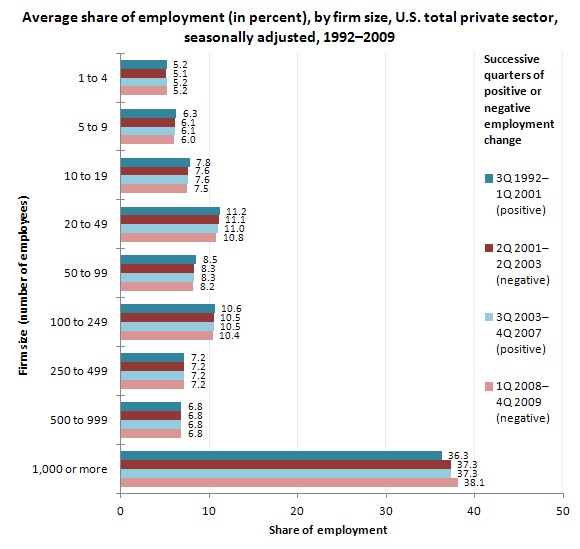 For example, firms with 50 to 99 employees accounted for between 8.2 percent and 9.5 percent of the net jobs gained or lost, while their average employment shares ranged from 8.2 percent to 8.5 percent.

From 1992 to 2009, regardless of the period, average employment shares were stable for each size class.

These data are from the Business Employment Dynamics (BED) program. To learn more, see "Employment growth by size class: firm and establishment data" (PDF), by Sherry Dalton, Erik Friesenhahn, James Spletzer, and David Talan in the December 2011 issue of the Monthly Labor Review. A firm is a legal business, either corporate or otherwise, and may consist of one establishment, a few establishments, or even a very large number of establishments.