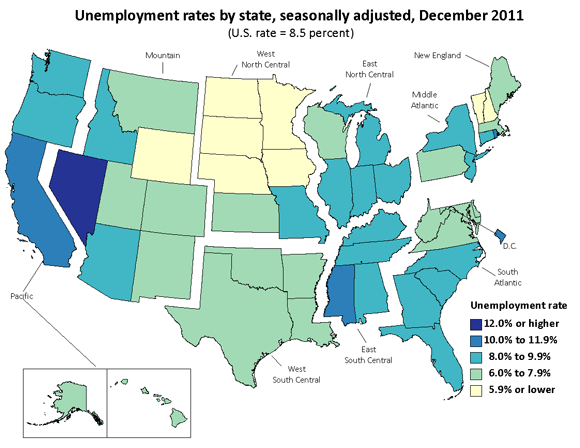 In December, 24 states reported jobless rates significantly lower than the U.S. figure of 8.5 percent, 8 states and the District of Columbia had measurably higher rates, and 18 states had rates that were not appreciably different from that of the nation.