There were 3.4 million job openings on the last business day of December, up from 3.1 million in November. 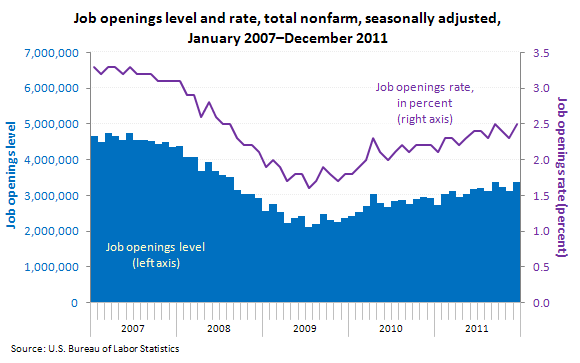