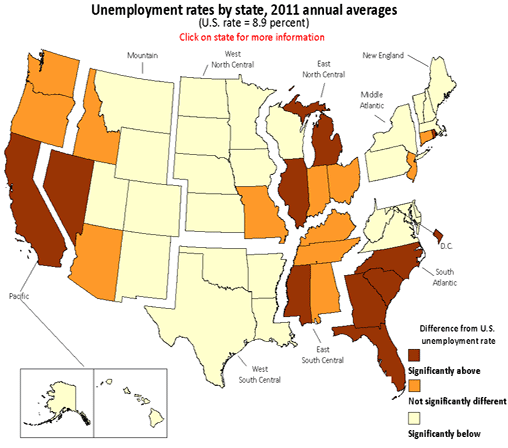 These data are featured in the TED article, State unemployment rates, 2011.

In 2011, 30 states posted statistically significant unemployment rate decreases, the largest of which was in Michigan (−2.4 percentage points). Four additional states experienced decreases greater than 1.0 percentage point: Ohio (−1.4 points), Utah (−1.3 points), Oregon (−1.2 points), and Indiana (−1.1 points). The remaining 20 states and the District of Columbia reported annual average unemployment rates for 2011 that were not appreciably different from those of the previous year, even though some had changes that were at least as large numerically as the significant changes.