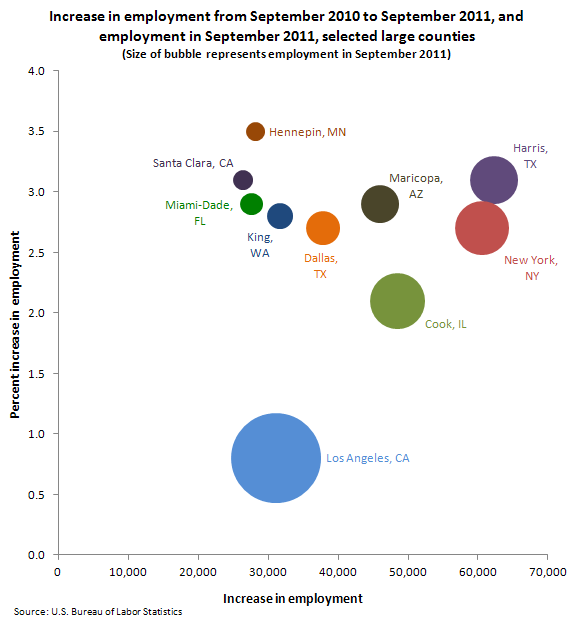 Among the 10 counties with the largest increases in employment level from September 2010 to September 2011, Hennepin, Minnesota had the largest over-the-year percent increase (3.5 percent), followed by Harris, Texas, and Santa Clara, California (both 3.1 percent).