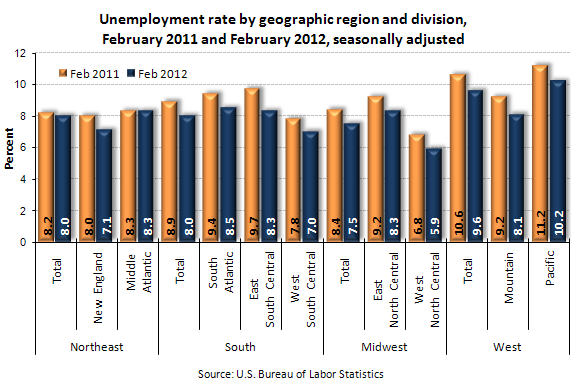 From February 2011 to February 2012, the West region registered the largest of three measurable rate changes (−1.0 percentage point), followed by the Midwest and South (−0.9 point each).