In 2010, there were 10.5 million individuals classified as "working poor" (persons who spent at least 27 weeks in the labor force—that is, working or looking for work—but whose incomes still fell below the official poverty level); the number of working poor was little changed from 2009. 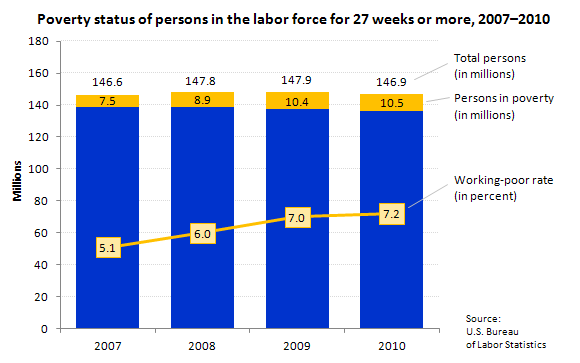 The working-poor rate—the ratio of the working poor to all individuals in the labor force for at least 27 weeks—was 7.2 percent, also little different from the previous year's figure (7.0 percent). 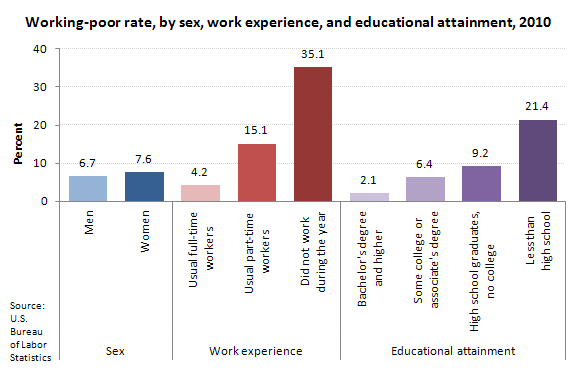