Median weekly earnings of the nation's 100.8 million full-time wage and salary workers were $769 in the first quarter of 2012, not seasonally adjusted. Among the major occupational groups, persons employed full time in management, professional, and related occupations had the highest median weekly earnings—$1,309 for men and $959 for women. Men and women employed in service jobs earned the least, $563 and $450, respectively. 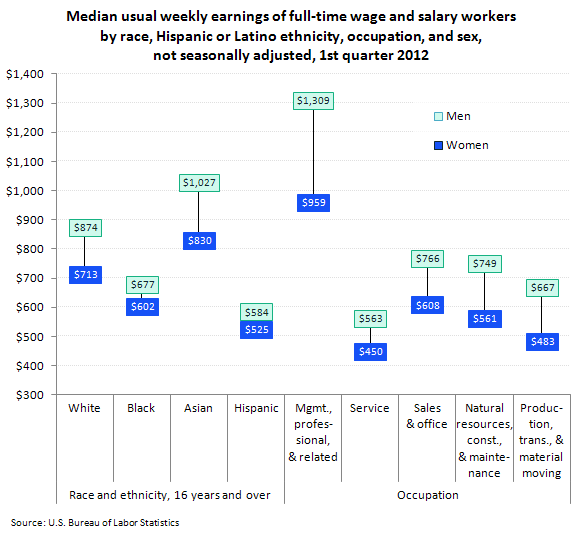