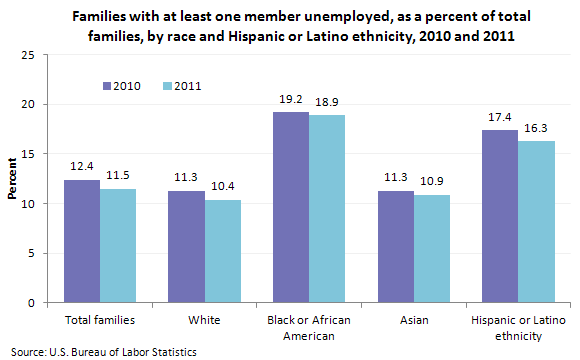 These data are from the Current Population Survey. For more information, see "Employment Characteristics of Families — 2011" (HTML) (PDF), news release USDL-12-0771. The race or ethnicity of a family is determined by that of the householder, the family reference person in whose name the housing unit is owned or rented. Persons whose ethnicity is identified as Hispanic or Latino may be of any race.