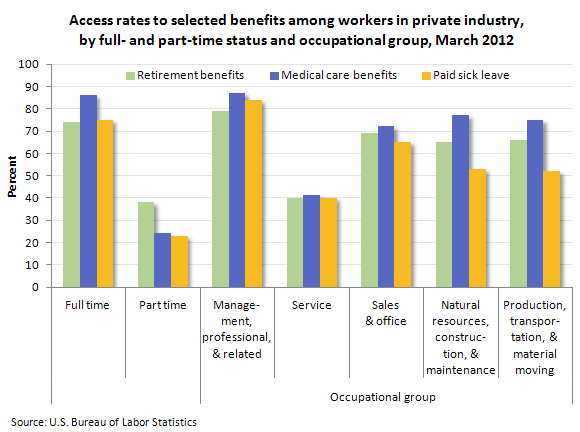 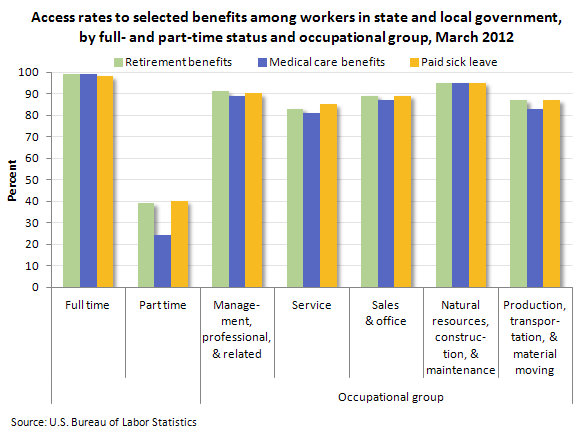 Among workers in state and local government, retirement and medical benefits were offered to 99 percent of full-time workers and paid sick leave to 98 percent.

These data are from the National Compensation Survey – Benefits program. To learn more, see "Employee Benefits in the United States — March 2012" (HTML) (PDF), news release USDL-12-1380. Employees are considered to have access to a benefit plan if it is available for their use.