In 2011, among countries covered by the BLS international comparisons program, Spain had the highest unemployment rates among teenagers (64.7 percent) and persons aged 20 to 24 (43.2 percent). Concepts and definitions of unemployment in labor force surveys may differ from country to country, and BLS adjusts the estimates from some countries to make them more comparable with U.S. concepts and definitions. 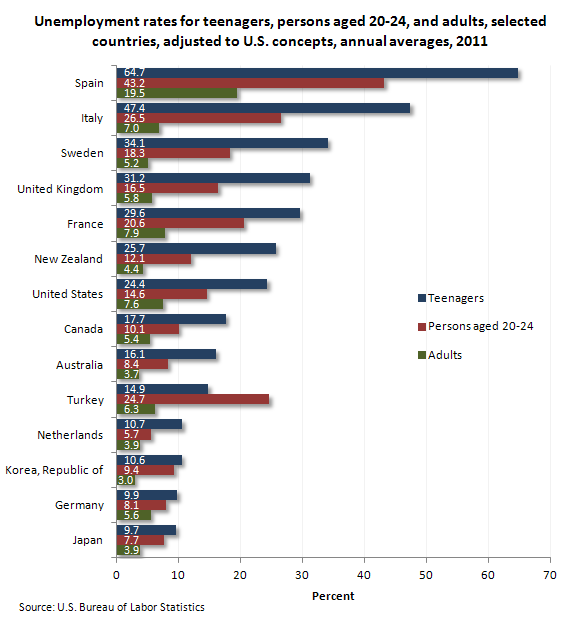 These data are from the International Labor Comparisons program. Teenagers are defined as 16-19-year-olds in Canada, Spain, Sweden, the United States, and the United Kingdom; and 15-19-year-olds in other countries shown. Adults are defined as persons aged 25 and over. To learn more, see "International Comparisons of Annual Labor Force Statistics, Adjusted to U.S. Concepts, 16 Countries, 1970–2011" (HTML) (PDF).