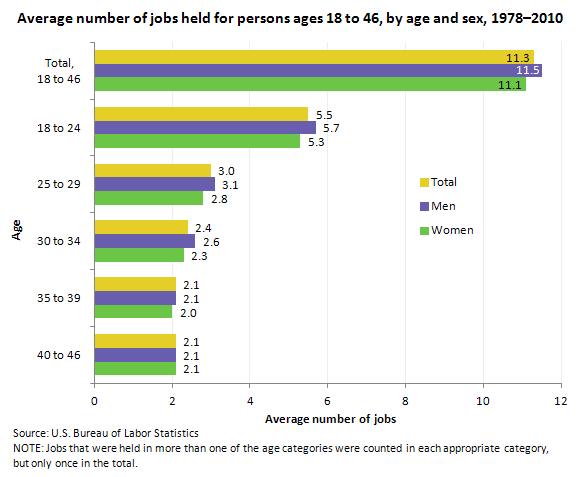 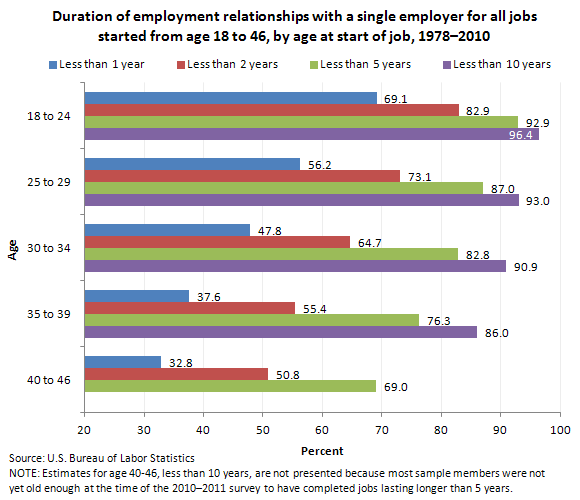 These data are from the National Longitudinal Surveys. To learn more, see "Number of Jobs Held, Labor Market Activity, and Earnings Growth among the Youngest Baby Boomers: Results from a Longitudinal Survey" (HTML) (PDF), news release USDL-12-1489. A job is defined as an uninterrupted period of work with a particular employer. Jobs that span more than one age group were counted once in each age group, so the overall average number of jobs held from age 18 to age 46 is less than the sum of the number of jobs across the individual age groups.