Among the 49 metropolitan areas with a Census 2000 population of 1 million or more, 44 reported over-the-year unemployment rate decreases, four areas registered increases, and one area had no change from June 2011 to June 2012. 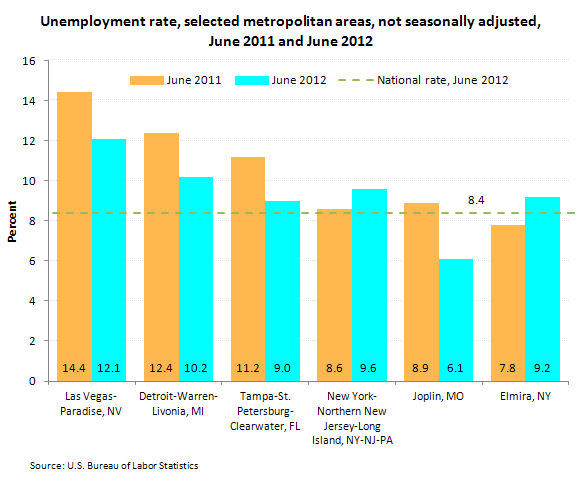 The national unemployment rate in June was 8.4 percent (not seasonally adjusted), down from 9.3 percent a year earlier.