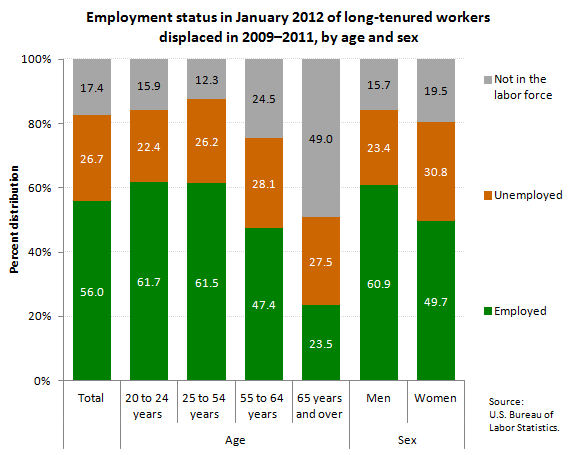 The proportion unemployed at the time of the most recent survey (January 2012) was 27 percent, down from 36 percent in the January 2010 survey. In January 2012, 17 percent of long-tenured displaced workers were not in the labor force, up from 15 percent for the previous survey. 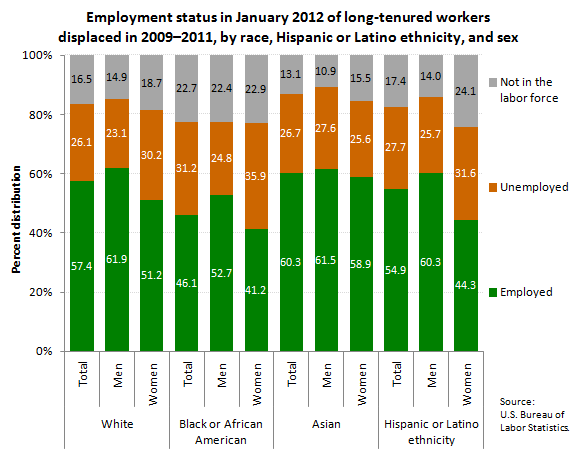 These data are from the Current Population Survey. For more information, see "Worker Displacement: 2009–2011" (HTML) (PDF), news release USDL-12-1719. Displaced workers are defined as persons 20 years of age and older who had 3 or more years of tenure on a job they lost or left because their plant or company closed or moved, there was insufficient work for them to do, or their position or shift was abolished. The period covered in this study was 2009–2011.