On average, 59 percent of wage and salary workers had access to paid leave at their main jobs in 2011. 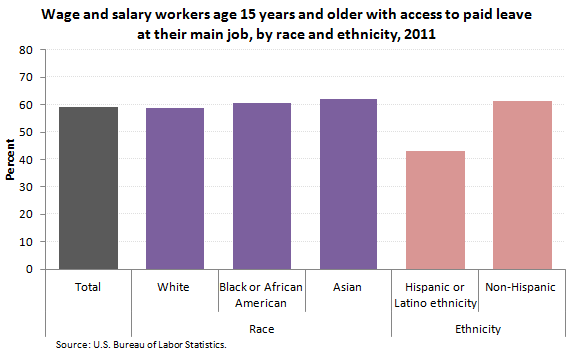 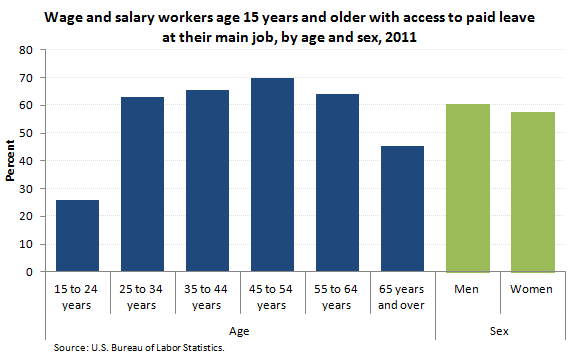 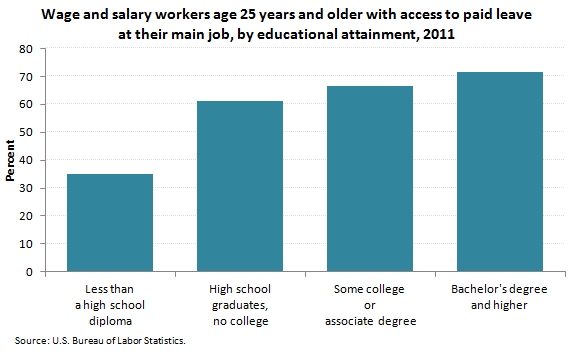 These data are from the American Time Use Survey. To learn more, see "Access To and Use of Leave — 2011" (HTML) (PDF), news release USDL-12-1648. These data are from a supplementary set of questions asked as part of the 2011 American Time Use Survey (ATUS) collected directly from wage and salary workers. The data thus represent only workers' knowledge on these topics; workers sometimes do not know whether they can use leave until they have a need to do so.