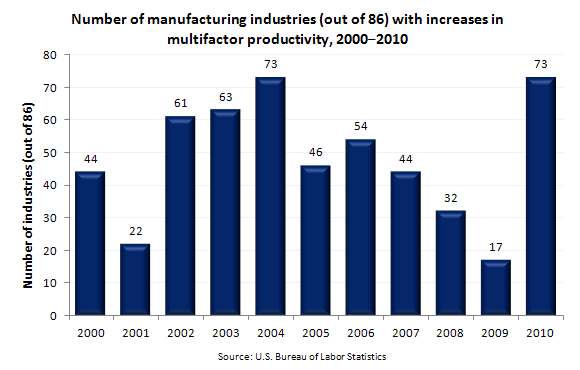 These data are from the Multifactor Productivity program. To learn more, see “Multifactor Productivity Trends for Detailed Industries, 2010” (HTML) (PDF), news release USDL-12-1938. Multifactor productivity growth measures the extent to which output growth has exceeded the growth in inputs, and reflects the joint influences on economic growth of a variety of factors, including technological change, returns to scale, enhancements in managerial and staff skills, changes in the organization of production, and other efficiency improvements.