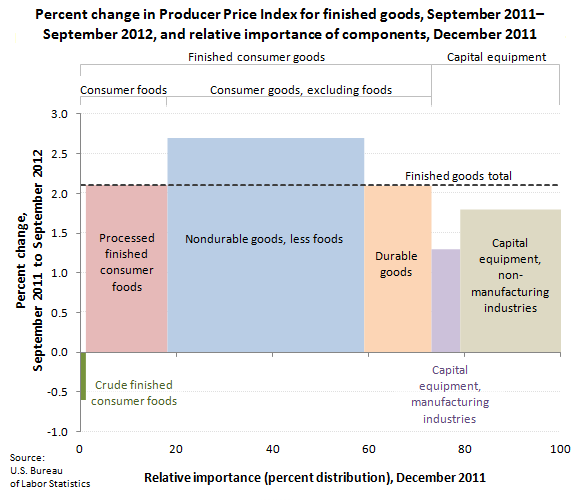 The overall 12-month percent increase in the prices for finished goods in September 2012 (2.1 percent) was the largest rise since a 2.8-percent increase for the 12 months ended March 2012.

These data are from the Producer Price Index program. See "Producer Price Indexes — September 2012" (HTML) (PDF), news release USDL-12-2032, for more information. The relative importance of a component of the PPI represents its value weight that is allocated to the finished goods stage-of-processing (SOP) category. This value is expressed as a percentage of the total weight of the SOP category.