The 12-month change in the Consumer Price Index for All Urban Consumers (CPI-U) was 2.0 percent in September, not seasonally adjusted, which represents an increase from the August figure of 1.7 percent and the largest 12-month increase since April. 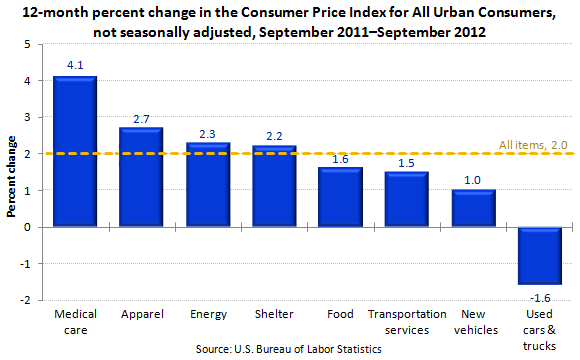 The index for all items less food and energy also rose 2.0 percent for the 12 months ending in September. Over that span, the food index increased 1.6 percent and the energy index increased 2.3 percent.

The index for medical care increased 4.1 percent over the past 12 months, while the apparel index rose 2.7 percent and the shelter index rose 2.2 percent.