On a seasonally adjusted basis, employers took 1,360 mass layoff actions involving 131,173 workers in October, as measured by new filings for unemployment insurance benefits during the month. The number of mass layoff events increased by 44 from September, and the number of associated initial claims increased by 8,711. 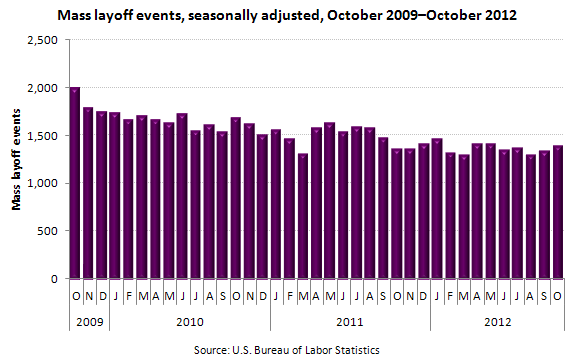 One-fourth (344) of the mass layoffs in October occurred in the manufacturing sector, which resulted in 42,946 initial claims for unemployment insurance (seasonally adjusted).