In 2011, manufacturing productivity increased in 15 of 19 countries covered. In the majority of those countries, labor productivity (output per hour) rose by more than 2 percent—generally driven by gains in output coupled with modest changes in hours. 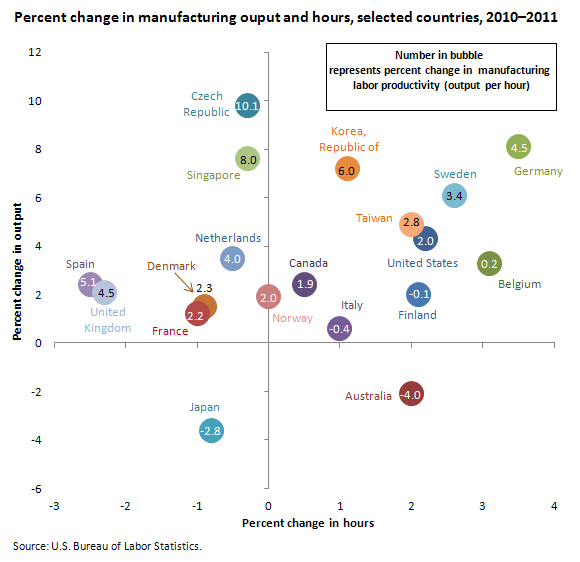