Having sufficient income during retirement years is a concern for many Americans. In years past, many employers provided a pension plan—formally known as a defined benefit plan—that ensured periodic payments for the life of the retiree and his or her spouse. Such plans are becoming rare for workers in private industry. In 2011, only 18 percent of private industry employees were covered by defined benefit plans; coverage was 35 percent in the early 1990s. 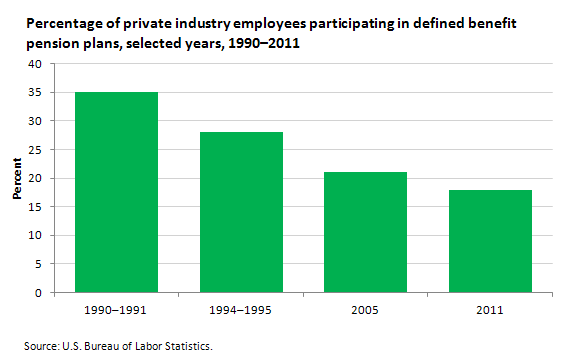 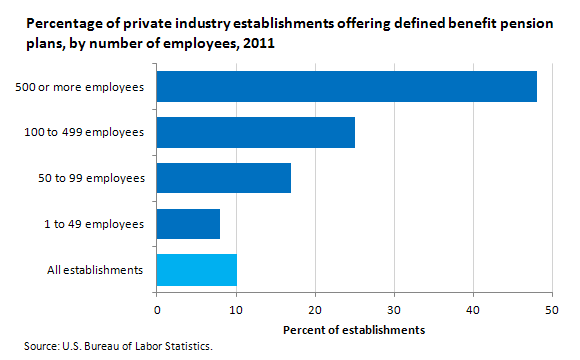 These data are from the BLS National Compensation Survey — Benefits program. To learn more, see “The last private industry pension plans: a visual essay” (PDF) by William J. Wiatrowski, Monthly Labor Review, December 2012. A defined benefit plan provides employees with guaranteed retirement benefits that are based on a benefit formula. A participant’s retirement age, length of service, and preretirement earnings may affect the benefit received.