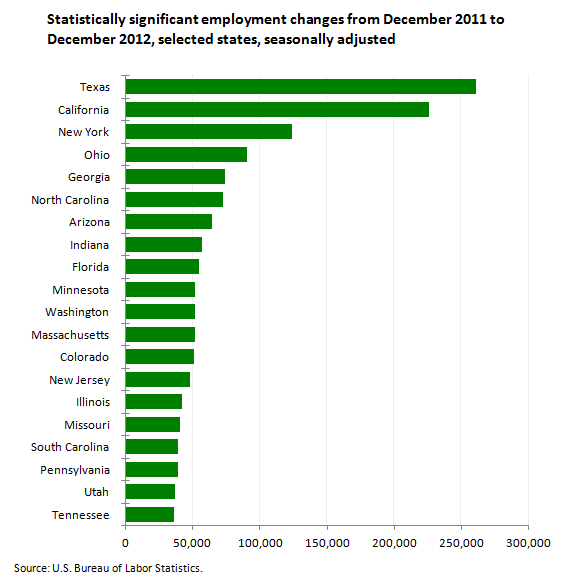 From December 2011 to December 2012, 19 states and the District of Columbia reported statistically significant unemployment rate changes, all of which were declines. The largest of these occurred in Nevada, where the unemployment rate decreased from 13.0 percent to 10.2 percent over the year (a change of -2.8 percentage points), followed by Florida (-1.9 points) and Mississippi (-1.8 points). 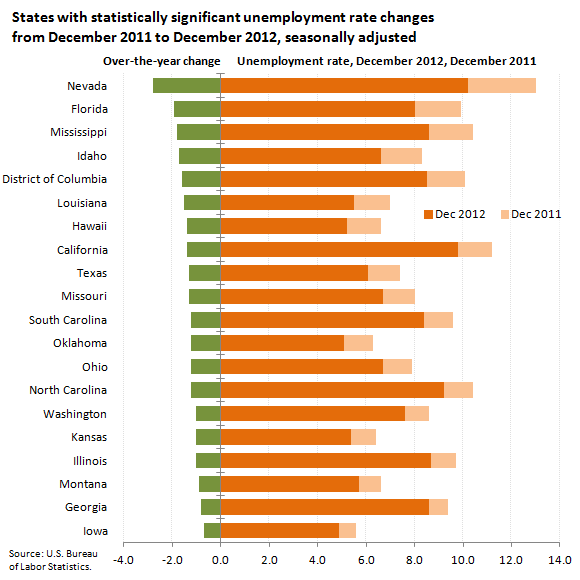