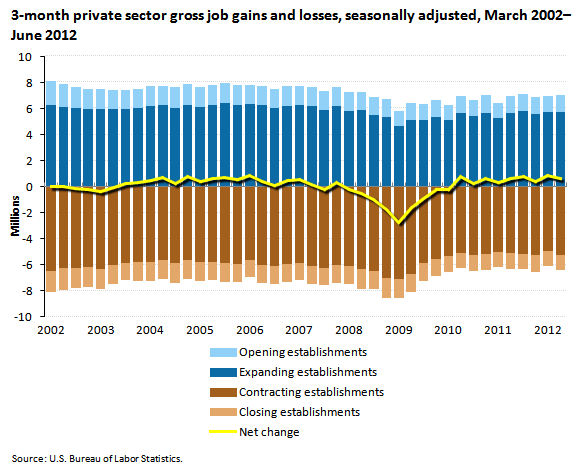 These data are from the Business Employment Dynamics (BED) program. The change in the number of jobs over time is the net result of increases and decreases in employment that occur at all businesses in the economy. BED statistics track these changes in employment at private business units from the third month of one quarter to the third month of the next. To learn more, see "Business Employment Dynamics — Second Quarter 2012" (HTML) (PDF), news release USDL-13-0140.