While potatoes are among the cheapest food items today, potato prices have increased over 39-fold from 1913 to 2013, rising from less than 2 cents to over 62 cents per pound—the sharpest rate of increase seen among items in a list of consumer foods for which the Consumer Price Index has price data going back to 1913. 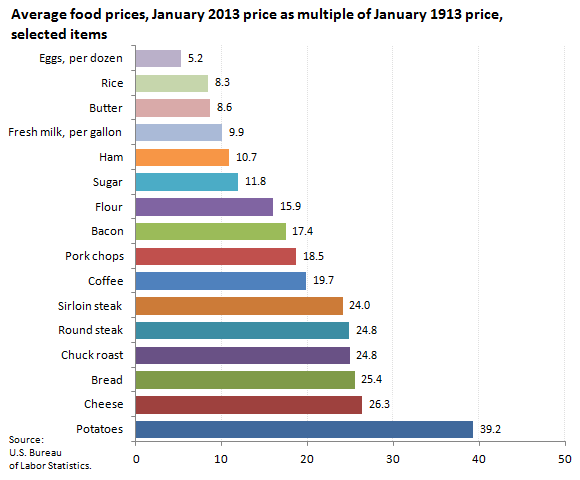 Egg prices have increased the least in the last century, up about 5-fold (from 37 cents to $1.93 per dozen) as advances in production, delivery, and storage techniques have outpaced those seen for most other food items.