Payroll employment up in February 2013

Total nonfarm payroll employment increased by 236,000 in February, with job gains in professional and business services, construction, and health care. In the prior 3 months, employment had risen by an average of 195,000 per month. 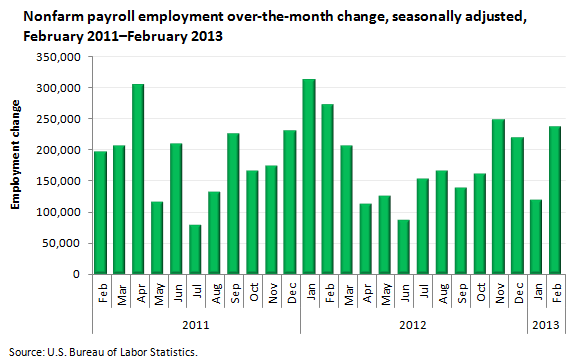 Professional and business services added 73,000 jobs in February; employment in the industry had changed little (+16,000) in January. Employment in administrative and support services, which includes employment services and services to buildings, rose by 44,000 in February. Accounting and bookkeeping services added 11,000 jobs, and growth continued in computer systems design and in management and technical consulting services.

The health care industry (part of education and health services) continued to add jobs in February (+32,000). Within health care, there was a job gain of 14,000 in ambulatory health care services, which includes doctors’ offices and outpatient care centers. Employment also increased over the month in nursing and residential care facilities (+9,000) and hospitals (+9,000). 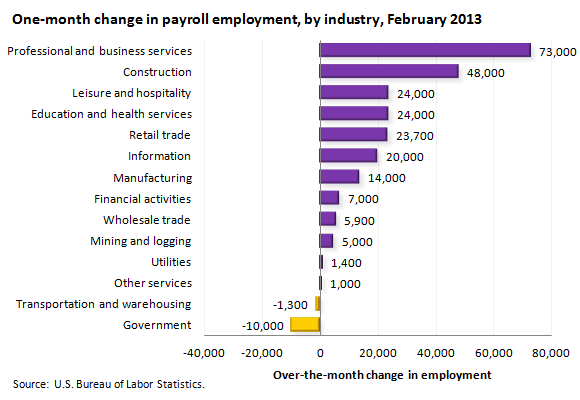 Employment in the information industry increased over the month (+20,000), lifted by a large job gain in the motion picture and sound recording industry.