In January 2013, 24 states reported jobless rates significantly lower than the U.S. figure of 7.9 percent, 9 states had measurably higher rates, and 17 states and the District of Columbia had rates that were not appreciably different from that of the nation. 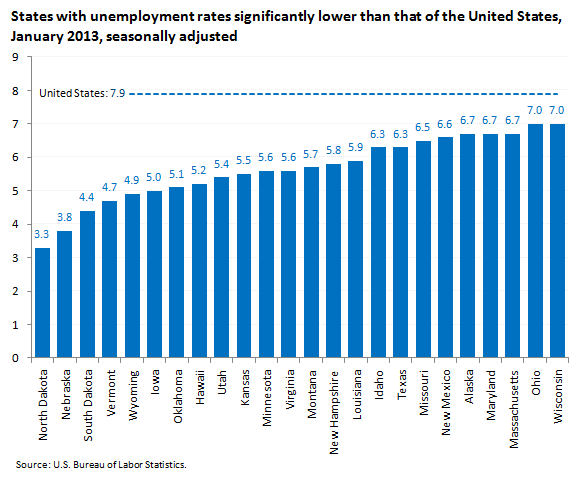 California and Rhode Island recorded the highest unemployment rates among the states in January, 9.8 percent each.

The West continued to record the highest regional unemployment rate, 8.6 percent in January, while the Midwest and South reported the lowest rates, 7.3 percent each.

These data are from the Local Area Unemployment Statistics program. Data for the most recent month are preliminary and subject to revision. To learn more, see "Regional and State Employment and Unemployment — January 2013" (HTML) (PDF), news release USDL-13-0475.