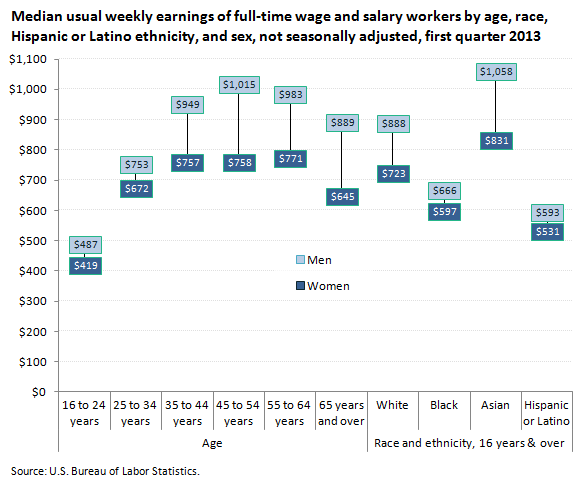 The female-to-male earnings ratio varied by race and ethnicity. White women earned 81.4 percent as much as their male counterparts, compared with black (89.6 percent), Hispanic (89.5 percent), and Asian women (78.5 percent).

These data are from the Current Population Survey. For more information, see "Usual Weekly Earnings of Wage and Salary Workers – First Quarter 2013" (HTML) (PDF), news release USDL‑13‑0671. Full-time workers are those who usually work 35 hours or more per week at their sole or principal job. The earnings data shown here are not seasonally adjusted. Persons whose ethnicity is identified as Hispanic or Latino may be of any race.