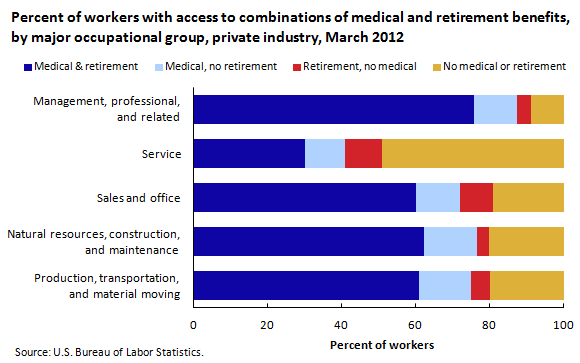 These data are from the National Compensation Survey program. To learn more, see “Retirement and medical benefits: Who has both?” (HTML) (PDF), by Lindsay B. Kimbro and Michelle B. Mayfield, Beyond the Numbers, April 2013.