Total nonfarm payroll employment increased by 175,000 in May, with gains in professional and business services, food services and drinking places, and retail trade. Over the prior 12 months, employment growth averaged 172,000 per month. 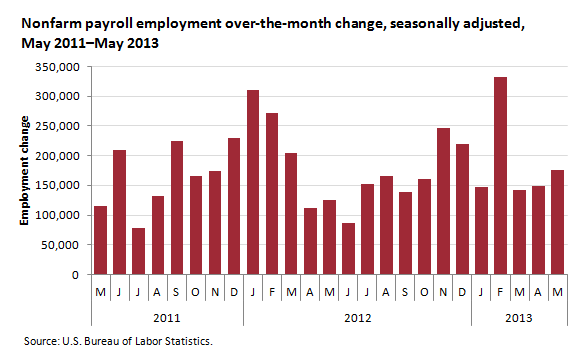 Within leisure and hospitality, employment in food services and drinking places continued to expand, increasing by 38,000 in May and by 337,000 over the past year.

Retail trade employment increased by 28,000 in May. The industry added an average of 20,000 jobs per month over the prior 12 months. In May, general merchandise stores continued to add jobs (+10,000). 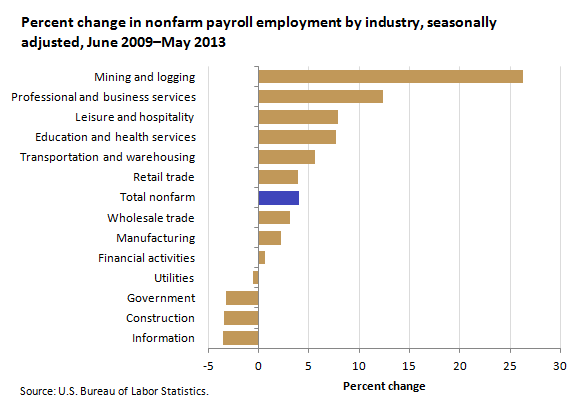 Employment in professional and business services increased 12.3 percent from June 2009 to May 2013. The employment increase was 7.9 percent in leisure and hospitality and 7.7 percent in education and health services.