In June, 282 metropolitan areas had over-the-year increases in nonfarm payroll employment, 79 had decreases, and 11 had no change. 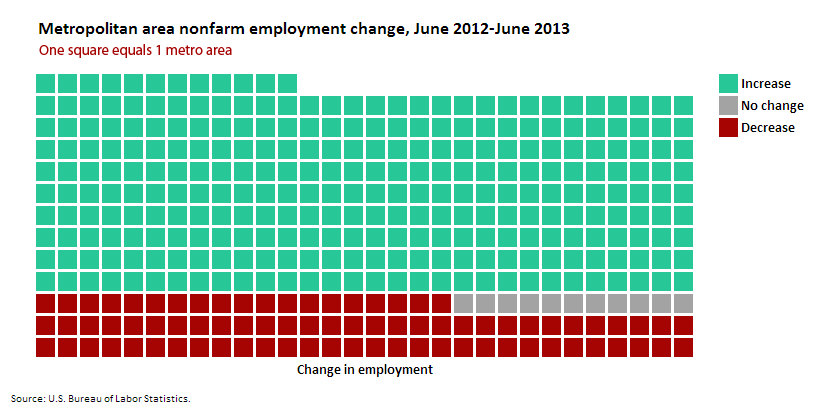 These data are from the Current Employment Statistics (State and Metro Area) program. Data for the most recent month are preliminary and subject to revision. The data are not seasonally adjusted. To learn more, see "Metropolitan Area Employment and Unemployment — June 2013" (HTML) (PDF), news release USDL‑13‑1525.