The provisions of paid vacation plans have become more generous in recent years. The average number of paid vacation days per year increased by 2 for workers with 1, 10, and 20 years of service over the past two decades. 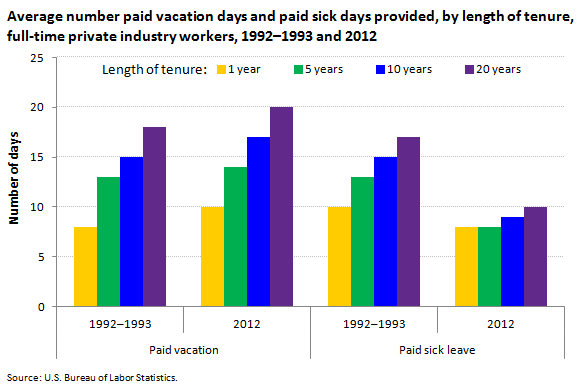 The average number of annual paid holidays declined from 10 days in 1992–1993 to 8 days in 2012. (Holiday provisions are the same for all lengths of service.)

These data are from the National Compensation Survey - Benefits program. To learn more, see the Beyond the Numbers article, "Paid leave in private industry over the past 20 years" (August 2013).