This is an interactive chart; hover over bars to see values. 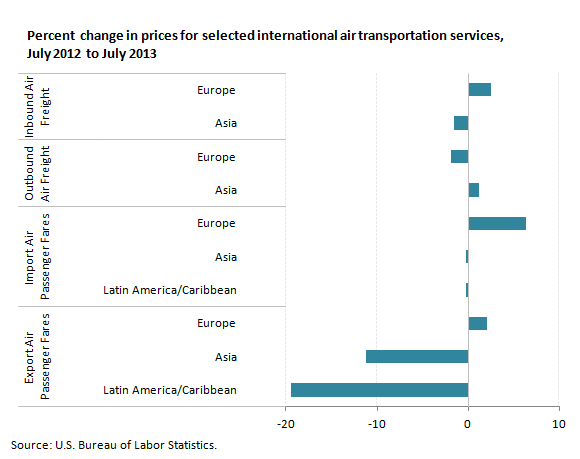 Import air passenger fares from Europe were up over the year (6.4 percent), while fares from Asia and Latin America/Caribbean were down (-0.2 percent each).