Northeast has highest percentage of workers employed in professional and related occupations, 2012

In the Midwest region, 14.5 percent of workers were employed in production, transportation, and material moving occupations—a higher percentage than in any other region. The lowest percentage, 10.6 percent, were employed in both the Northeast and West census regions.

In 2012, in terms of educational attainment, the labor force participation rate for those with less than a high school diploma was 52.3 percent for the West region—the highest among all census regions. 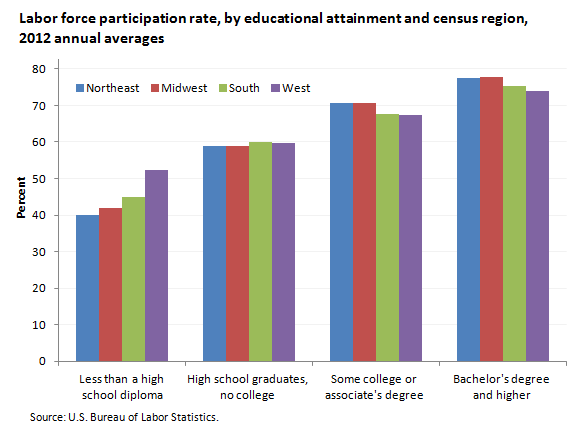 These data are from the Local Area Unemployment Statistics program. For more information refer to Geographic Profile of Employment and Unemployment, 2012 (PDF).