International Coffee Day is Sunday, September 29. To mark the occasion, this edition of The Editor’s Desk looks at trends in coffee prices over the past decade. The Consumer Price Index (CPI) for coffee reached its most recent peak in January 2012. Coffee prices then started declining and were 10 percent lower in August 2013 than in January 2012. 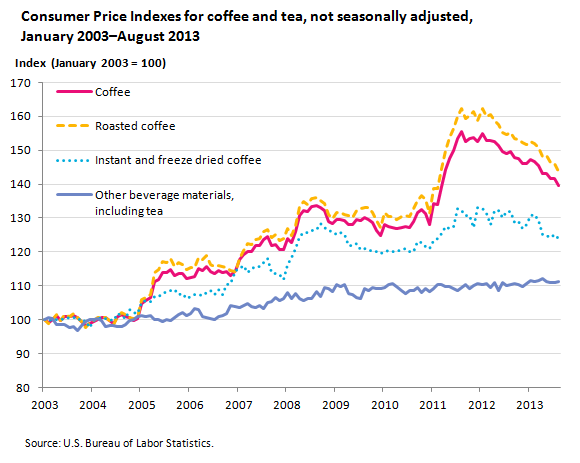 If coffee is not your cup of tea, you may be interested to know that prices for other beverage materials, including tea, increased 14 percent from August 2003 to August 2013.