During the 2-year 2011–2012 period, 39.6 million people age 15 and over (16 percent of the U.S. civilian noninstitutional population) provided unpaid eldercare. 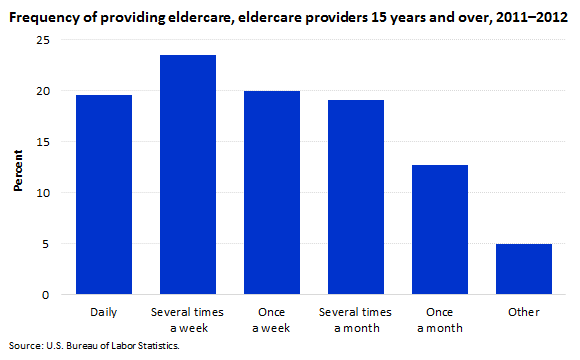 During this period, 43.1 percent of eldercare providers furnished care daily or several times a week (19.6 percent and 23.5 percent, respectively), while 12.7 percent provided care once a month. 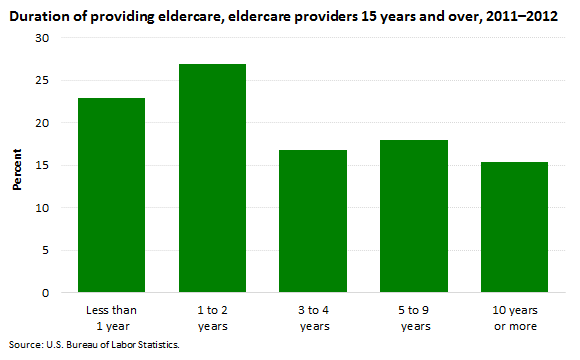 These data are from the American Time Use Survey. To learn more, see "Unpaid Eldercare in the United States — 2011-2012 Data from the American Time Use Survey" (HTML) (PDF), news release USDL-13-1886. Eldercare providers are defined as individuals age 15 and over who provide unpaid care to someone age 65 or older who needs help because of a condition related to aging. This care can be provided to household or nonhousehold members, as well as persons living in retirement homes or assisted care facilities. These estimates are averages for the 2-year period of 2011 and 2012; combining the 2 years of data facilitates a more in-depth analysis of eldercare.