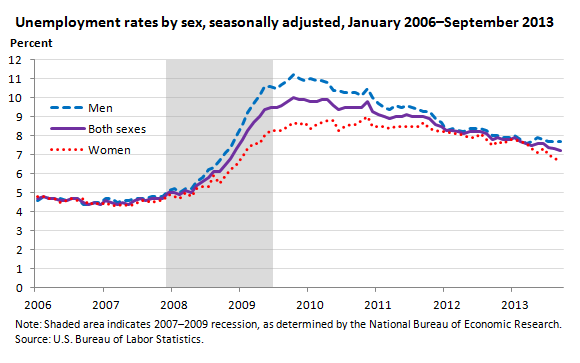 The unemployment rates for Whites (6.3 percent), Blacks (12.9 percent), and Hispanics or Latinos (9.0 percent) showed little or no change in September. The jobless rate for Asians was 5.3 percent (not seasonally adjusted), little changed from a year earlier. 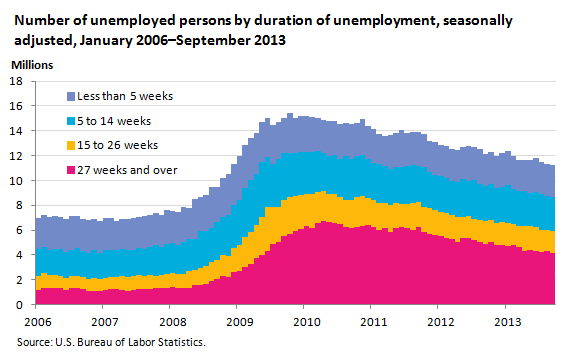 These data are from the Current Population Survey. For more information, see "The Employment Situation — September 2013" (HTML) (PDF), news release USDL‑13‑2035. Persons whose ethnicity is identified as Hispanic or Latino may be of any race.