From October 2012 to October 2013, the number of job openings increased from 3.6 million to 3.9 million, with increases in several private sector industries and little change in government. 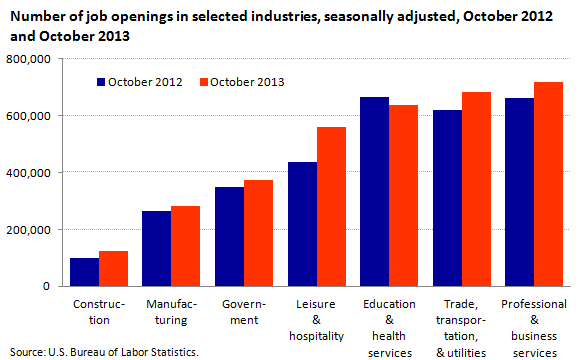