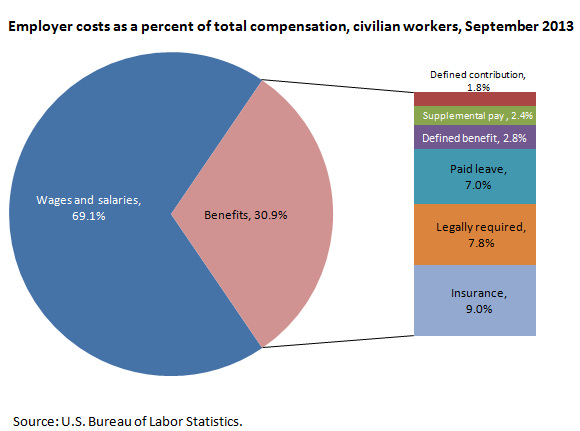 In September 2013, State and local government employers spent an average of $27.38 per hour worked on employee wages and salaries, accounting for 64.4 percent of total compensation costs. Benefits averaged $15.13 per hour worked and accounted for the remaining 35.6 percent