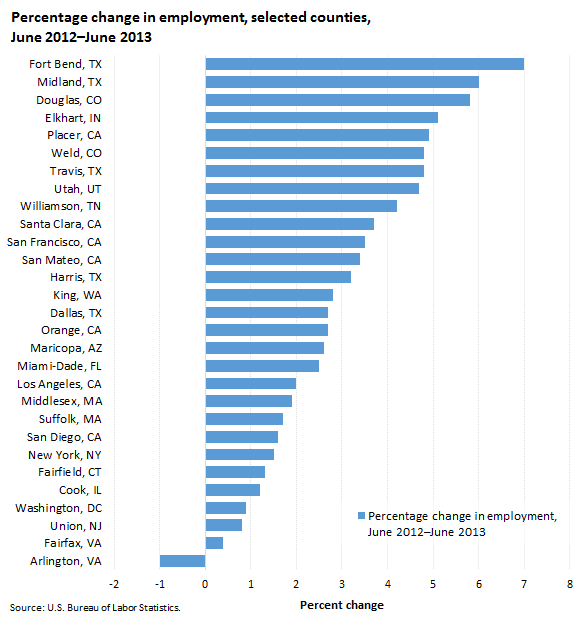 All of the 10 largest counties had over-the-year percentage increases in employment in June 2013. Harris, Texas, had the largest gain (3.2 percent). 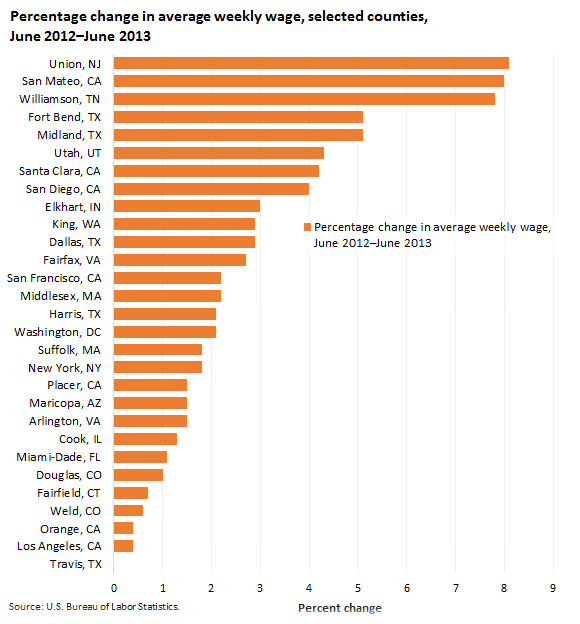 These data are from the Quarterly Census of Employment and Wages program. To learn more, see "County Employment and Wages: Second Quarter 2013" (HTML) (PDF), news release USDL-13-2392. Data for the most recent quarter are preliminary and subject to revision. For purposes of this news release, large counties are defined as having employment levels of 75,000 or greater.