In 2011, there were 27.1 million families in the United States with at least one child under 18 years old. About 24 percent of families with children under 18 received government means-tested assistance benefits. Among families receiving assistance, 51.6 percent were one-parent families, and 48.4 percent were two-parent families. Among families receiving government means-tested assistance, Medicaid was the program with the highest participation rate (69.7 percent). 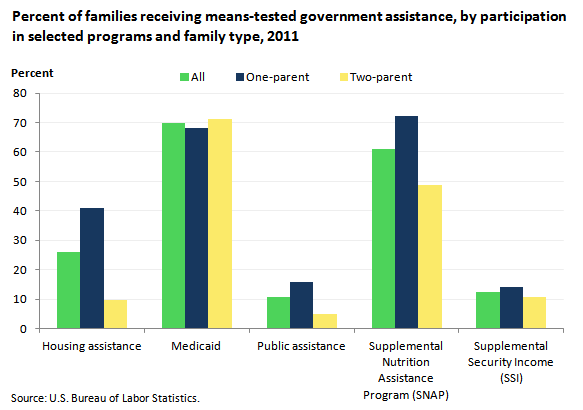 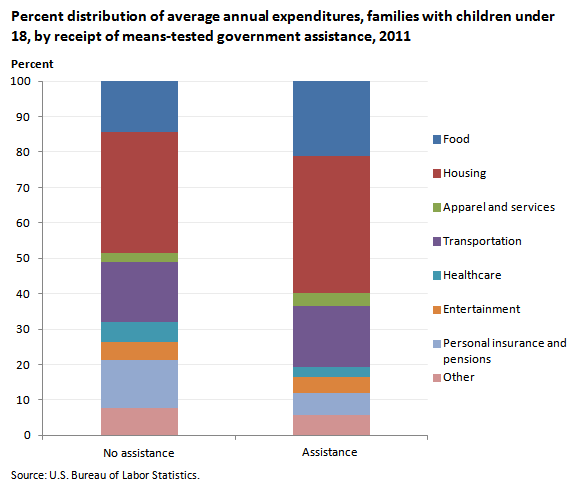 These data are from the Consumer Expenditure Survey program. For more information, see the Beyond the Numbers article, "Spending patterns of families receiving means‑tested government assistance," by Ann C. Foster and William R. Hawk, December 2013.