Over the 2003–2010 period, there were 43,025 fatal occupational injuries in the United States. Over the same period, 962 worker fatalities were reported at road construction sites—2.2 percent of the total. 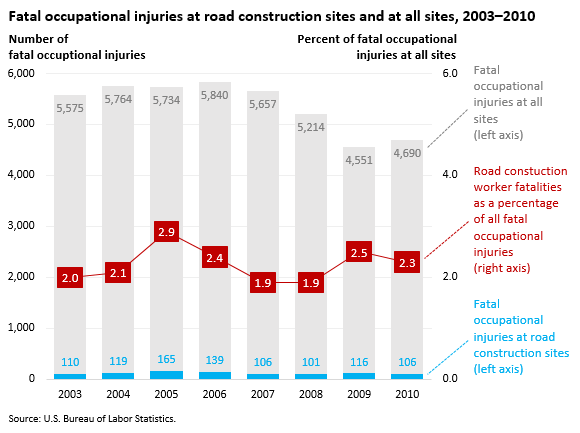 These data are from the Census of Fatal Occupational Injuries (CFOI), which is part of the BLS Injuries, Illnesses, and Fatalities program. See "An analysis of fatal occupational injuries at road construction sites, 2003–2010," by Stephen M. Pegula, in the Monthly Labor Review (November 2013) to learn more.