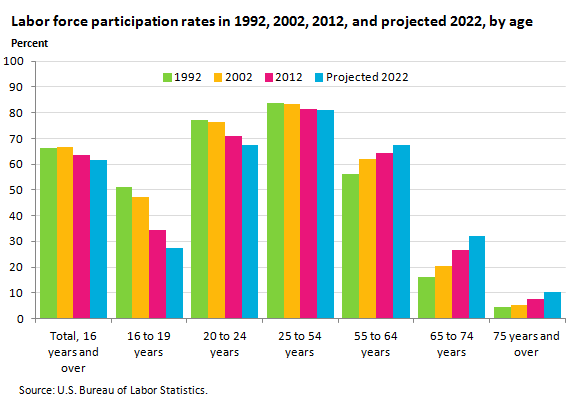 The labor force participation rate is the percentage of the civilian noninstitutional population in the labor force. The rate is typically lower for 16- to 19-year-olds than for other age groups. The rate is highest among 25- to 54-year-olds and then declines sharply after age 55.