From December 2012 to December 2013, 29 states had statistically significant changes in employment, all of which were positive. North Dakota had the highest over-the-year percent increase in employment at 4.0 percent, followed by Florida (2.6 percent) and Oregon (2.4 percent). 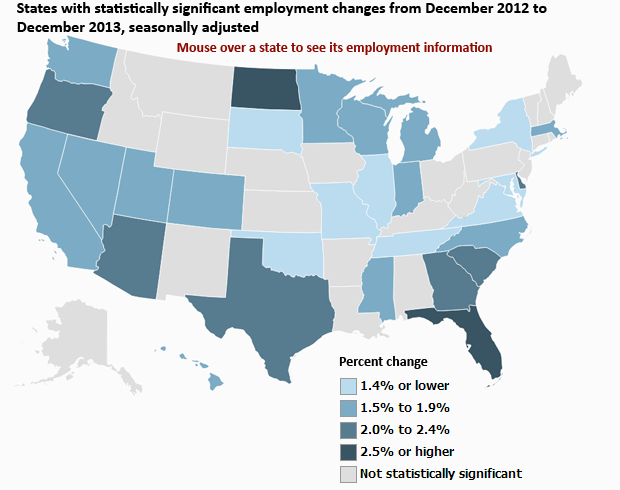 These data are from the Current Employment Statistics (State and Metro Area) program. To learn more, see "Regional and State Employment and Unemployment — December 2013" (HTML) (PDF), news release USDL-14-0126. Data for the most recent month are preliminary and subject to revision.