Labor productivity–defined as output per hour–increased in 13 of the 21 manufacturing industries in 2012. Output increased in 17 industries, and hours fell in 5 industries. 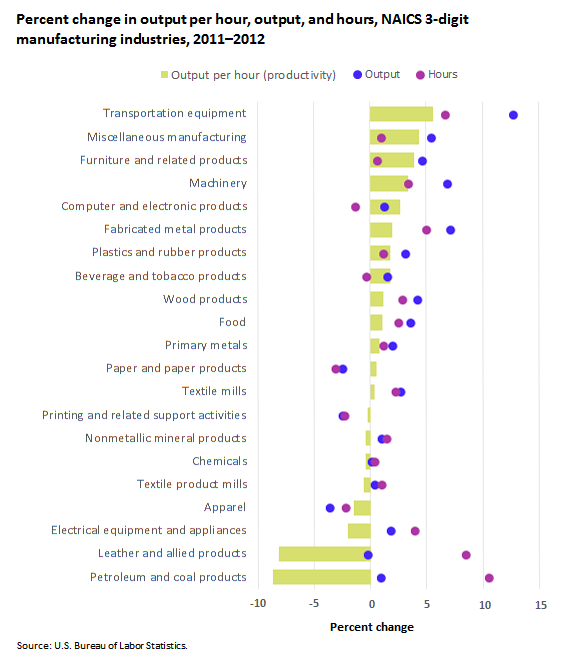 Among the 21 manufacturing industries in 2012, productivity rose fastest in transportation equipment (5.6 percent), where output increased much faster than hours (12.8 percent and 6.8 percent, respectively). From 2011 to 2012, 10 of those industries registered greater productivity growth or smaller productivity declines.

These data are from the Labor Productivity and Costs program. The productivity measures reflect data classified according to the 2007 North American Industry Classification System (NAICS). The industry comparisons shown here are at the 3-digit level of the 6-digit NAICS coding structure. All of the measures for 2012 are preliminary and subject to revision. To learn more, see "Productivity and Costs by Industry: Manufacturing Industries, 2012" (HTML) (PDF), news release USDL‑14‑0492.