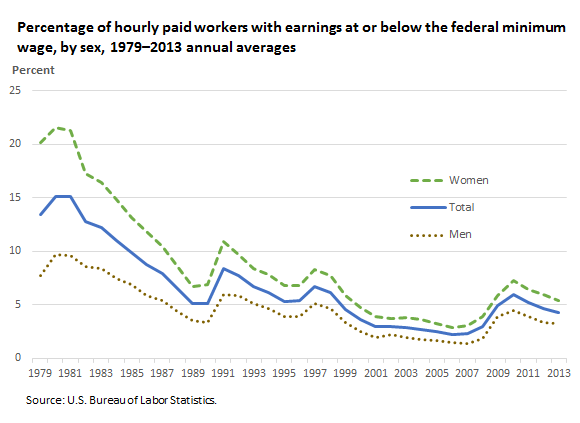 The percentage of hourly paid workers earning the federal minimum wage or less declined from 4.7 percent in 2012 to 4.3 percent in 2013. This remains well below the figure of 13.4 percent in 1979, when data were first collected on a regular basis. 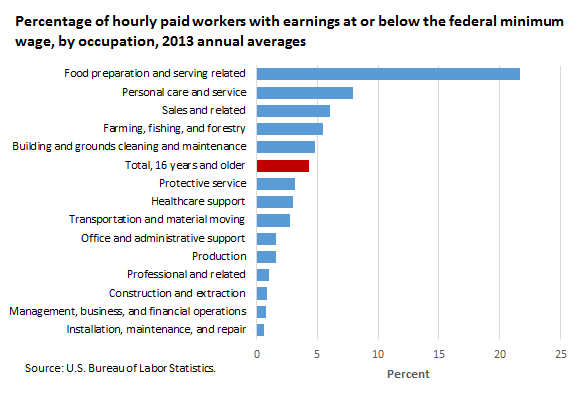 These data are from the Current Population Survey. For more information, see Characteristics of Minimum Wage Workers, 2013 (PDF). Data are for wage and salary workers age 16 and older and refer to earnings on a person's sole or principal job. Hourly earnings for hourly paid workers do not include overtime pay, commissions, or tips received. The estimates of the number of workers with reported earnings at or below the federal minimum wage pertain only to workers who are paid hourly rates. Salaried workers and other nonhourly paid workers are excluded. All self-employed persons also are excluded, regardless of whether their businesses are incorporated.