Workers’ Memorial Day, recognized annually on April 28, is dedicated to the memory of workers who were killed, injured, or made ill at work. From 1992 to 2011, a total of 115,091 workers were killed in the United States from injuries incurred while on the job. The annual total of fatal occupational injuries decreased by 25 percent over the 20‑year period. 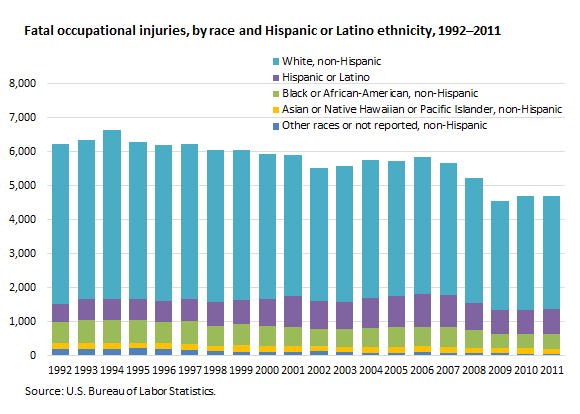 Nearly 72 percent of all fatally injured workers from 1992 to 2011 were White, non-Hispanic workers. Hispanic or Latino workers accounted for 13 percent of those killed on the job. 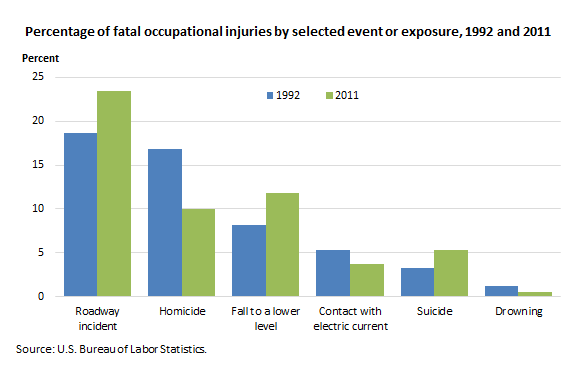 These data are from the BLS Injuries, Illnesses, and Fatalities program, which publishes annual counts of fatal occupational injuries by demographic and employment characteristics of those killed and selected characteristics of the fatal incident itself. Final counts of fatal work injuries in the United States in 2012 were published on April 24, 2014.