In April 2013, of the 49 metropolitan areas with a Census 2000 population of 1 million or more, Riverside-San Bernardino-Ontario, California, had the highest unemployment rate at 8.3 percent. Austin-Round Rock-San Marcos, Texas, and Oklahoma City, Oklahoma, had the lowest jobless rates among the large areas, 3.8 percent each. 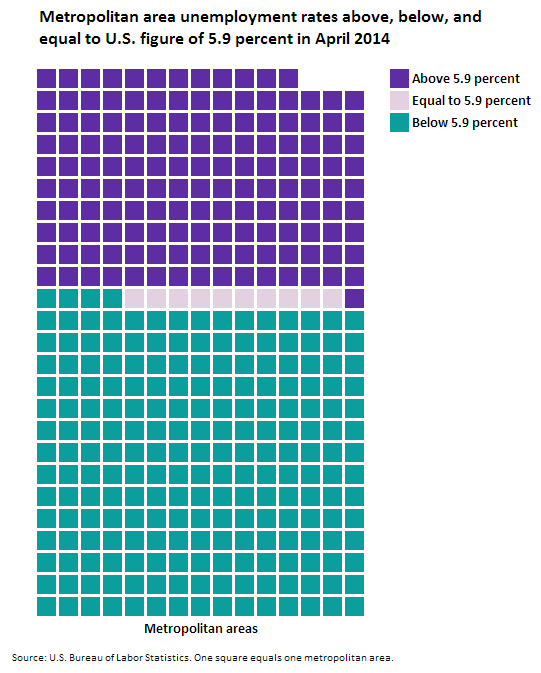