U.S. military veterans and nonveterans in the labor force, 2013

June 6 is the 70th anniversary of the Allied Invasion of Normandy during World War II. To mark the occasion, we take a brief look at the 21.4 million men and women in 2013 who were U.S. military veterans. These veterans accounted for 9 percent of the civilian noninstitutional population age 18 and older. 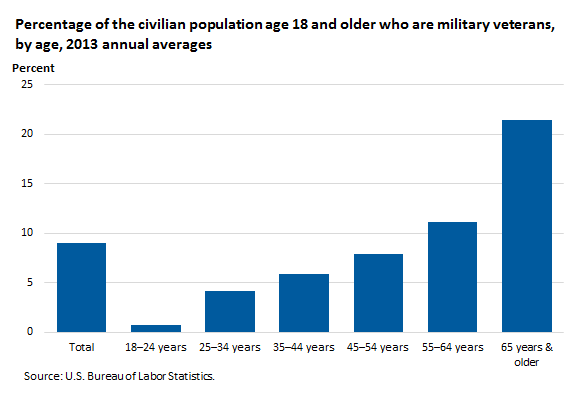 Among the population age 65 and older, 21 percent were military veterans in 2013. Eleven percent of 55- to 64‑year‑olds were veterans, as were 8 percent of 45- to 54‑year‑olds. People in younger age groups were less likely to be veterans. 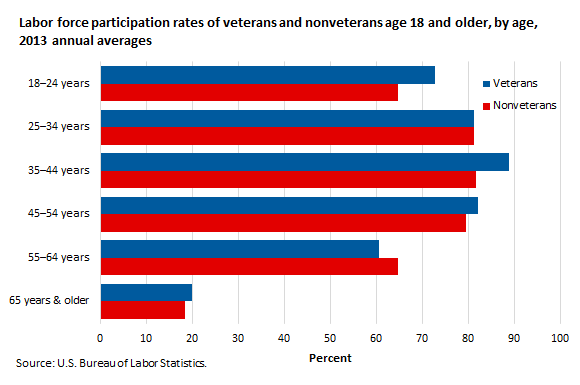 These data are from the Current Population Survey. For more information, see "Employment Situation of Veterans — 2013" (HTML) (PDF), news release USDL‑14‑0434. Veterans are defined as men and women who have previously served on active duty in the U.S. Armed Forces and who were civilians at the time these data were collected.